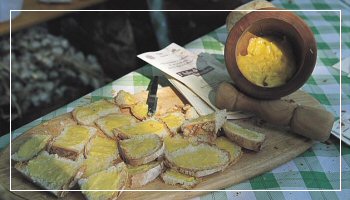 For the 2010 edition of Olioliva in Imperia the review will be divided in two, beginning with a first important event from November 26th to the 28th, 2010 with a tasteful walk downtown Imperia “at the discovery of the historical, cultural and food values of olive oil, bread and the typical products of the Ligurian Riviera”.

The streets of Oneglia will be the stage that will host the new olive oil to tourists and locals that can walk around at the discovery of such yellow treasure and Taggiasca Olives which are very important for the Province of Imperia.

It will be possible to sample and purchase the products offered by many stands that will fill up the city center; everything will be accompanied by debates, round tables, exhibits that will have the Mediterranean Diet as the main topic and the main local product, which is extra-virgin Taggiasca variety olive oil.

The second event with Olioliva will take place in 2011, more precisely from March 14th to the 16th, even though already from February 15th to the 28th there will be several reviews and local events that will take place in the inland “Olive oil cities”.

The main event of the second part of Olioliva will be a conference over the concept of “Mediterranean Diet”, which is a concept that has been recognized all over the world since an earlier conference that took place in Imperia back in 1983.