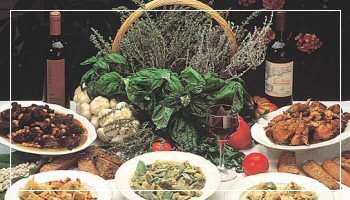 There is great anticipation in the “Citta dei Fiori” for the great event which is taking place from June 9 – 11. The Slow Food association is celebrating its 20th anniversary with a national conference in Sanremo. This internationally recognized organization, founded in 1986 by Carlo Petrini, has as its stated aim respect for and the study of gastronomic culture and the defence of the biodiversity of food. It campaigns against the homogenization of food and upholds the traditions of foodstuffs, of local produce and of traditional farming methods. Likewise it seeks to protect historic sights of gastronomic tradition which are of significance in terms of history, social cohesion and culture. Or, the union of traditional cooking skills, culture and a shared set of food values.

This cultural and gastronomic event, which will be staged in the “Palafiori” on Corso Garibaldi, will seek to involve the inhabitants of the city of Sanremo as well as welcoming visiting tourists. As a further attraction there will be an initiative known as “Sanremo golosa”, which is being promoted by the restaurateurs of the city which promises good cooking.