Apricale, “And the stars are just staring…” 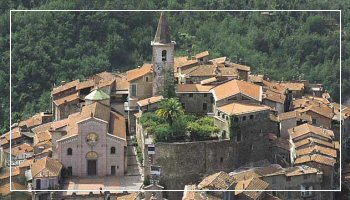 For the 22nd time the magnificent village of Apricale will become once again the stage for the theatrical show organized by the “Teatro della Tosse” of Genoa, just like every year from August 7th to the 15th with “And the stars are just staring…”

The 2011 edition will see a representation titled: “The Castle of the Seven Sins”, an itinerant show along the streets and squares of the Ligurian village which during the week will transform into a perfect stage and setting in which the actors will perform with their dialogues.

The audience, always present in a great and affectionate number, will follow the small groups along this fabulous itinerant magic, falling into a time and space bound location during a deep summer evening where anything can happen.