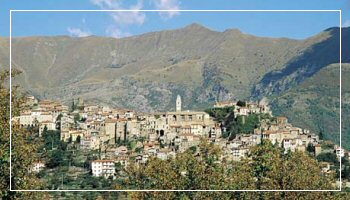 On each of the eight Sundays of July and August the city of Sanremo will host the “2 International Festival of the Pigna”, in collaboration with the Symphonic Orchestra of Sanremo and Liguria which will perform “I confini nella musica”, a piece which celebrates the historic heart of the city, la Pigna.

On Sunday 20th August 2006 the small town of Triora, which is known as the “ borgo delle streghe” par excellence, will host a day dedicated to “ witchcraft”. “Strigora” will be a festival of witches, their spells, their magic potions and their most closely guarded secrets…….a day to be enjoyed by young and old during which you will be able to take part in theatre shows, wander round the medieval market, taste local delicacies not to mention puppet shows for the children and magic for all those who come along!

In Montalto, a typical Ligurian village in the heart of the Valle Argentina, the 3rd Sunday of August sees the staging of “ la sagra della frandura “. This is a celebration of the cuisine of the poor farmers of the area, a dish consisting of a mixture of potatoes, milk and cheese, a tasty and filling meal using nutritious local ingredients. This is an opportunity to visit the hinterland and to taste local specialties.