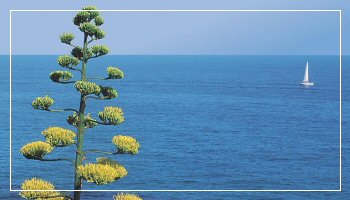 A great weekend dedicated to the culture of the sea. The city of Sanremo is just waiting to spring to life in the first days of June with this delightful festival which will involve many diverse aspects of the sea: ecology – with events ranging from conferences and exhibitions to cartoons and theatre for children, photographs, videos, music……The whole city will be involved in this with many public spaces being given over to events and displays. The “Palafiori”, piazza Colombo, the old railway warehouses, Porto Vecchio, Piazza San Siro, Teatro dell’ Opera del Casinò all will be used in the festival. On Friday 2nd of June ( at 11.00 hrs and repeated at 12.00, 17.00 and at 18.00 and at the same times on Saturday 3rd June ) the programme is opened with a spectacular theatre performance for children, “ Una tazza di mare in tempesta”, in the old railway warehouses. The official opening will take place at 17.30 in the “Palafiori” with the exhibition “Il mare è uno spettacolo” by Sergio Fedriani along with a photographic exhibition on emigration entitled “ Il Viaggio delle parole” as well as the most beautiful works dedicated to the sea by the famous Argentinian designer, Guillermo Mordillo.

At 18.30 in Piazza san Siro, there will be a production of “Navigando. Storie della tradizione popolare” performed by the Mara Baronti company, while at 21.30 Claudio Bisio and Andrea Cecconi will perform “Il mondo di Stefano Benni”.

On Saturday 3rd June, the round table will present “ Il rapporto Ecomafia” of Legambiente with Enrico Fontana and Stefano Sarti. At 18.00 in the “Palafiori” there will be a big procession for the children featuring the costumes of Mordillo. At 19.00 in the same venue there will be an appearance by Sergio Bambaren “ Il poeta dell’ anima” and at 21.30 in Piazza san Siro David Riondino and Stefano Bollani will present “ La regina dei Caraibi”, adapted from the works of Salgari.

On Sunday 4th June there will be an event which is unique in Italy, “ Sopra e sotto il mare: secca del faro”. Thanks to a boat fitted out with audio – visual equipment you will be able to witness an immersion of divers, and also to interact with them. At 11.00 in the “Palafiori” there will be two workshops for children: “ un tuffo nell’ acqua”, organized by the Aquarium of Genoa and the “Citta dei Ragazzi”.

In piazza San Siro at 18.30 there will bea n audience with the writer Nico Orengo and at 20.00 a lecture on “Il racconto dell’ isola sconosciuta” of Jose Saramangò by Angela Finocchiaro. At 20.30 in the theatre of the “Opera dell Casinò”, Massimo Cavallaro will present a concert, with visuals, entitled “Terra che brucia”. The grand finale will take place in Piazza Colombo at 22.00 and will be a production of “Ritmo di un sogno” by the Atmo theatre company.