The arrival of the Summer on the Riviera and the triumph of the flowers! 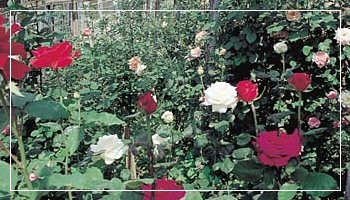 During the month of June there are a series of initiatives which welcome the arrival of the summer whilst at the same time filling many of the Riviera villages with perfume and colour. Beginning in the east of the region at Diano Marina which has an important religious festival, Corpus Domini, on Sunday 18th June. Tradition dictates that after the 10.30 Mass there is a procession throughout the streets of the town centre. These streets are bedecked with flowers bringing a colourful and perfumed flavour to the occasion and providing a “carpet” for the procession. This is known as “Infiorata del Corpus Domini”, an ancient tradition which makes use of the skills of the florists who cover the procession route with more than one million rosebuds, of every colour imaginable.

Following the road to the west and inland for a few kilometers, will lead you to Cipressa. This elegant hill town is one of the “citta dei fiori”, a fact attested to by the presence of many flower growers in the area. Given this fact it is somehow fitting that there is a display of the product which dominates the local economy, the flower. On the afternoon of Sunday 18th June the show entitled, “Cipressa in fiore” will be held. This event has taken place annually for more than ten years now and is organized by “Comune e dall’ Associazione Fare Insieme”. The main feature of the show, which takes over the town centre, is a contest between professional and amateur breeder/growers to find the best example of the years crop. The twist in this is that the displays must follow a theme which is changed every year. There are thousands of admiring visitors who make their way through the display carts which hold the floral works of art created by expert hands.

In the evening, following the prize giving, all are invited into the “piazza” to sample the snacks provided by the “Commune” and by the local restaurants. Here you will be able to taste the traditional “Menu in Fiore”: risotto ai garofani, pollo alla lavanda, fiori di rucca fritti o ripieni, sorbetto alle rose and lots of other “floral” specialities.

In Ventimiglia, the whole of the month of June is dedicated to the great event that is the “Battle of the Flowers”. On Saturday 10th June at 21.00 hrs you will find “Il Ritorno del Corsaro Nero”, a re-enactment which takes place on the seafront and at the mouth of the river Roya. Here will take place the embarkation of characters in pirate dress who will set off with the “Corsaro Nero”, a gentleman of Ventimiglia, for a meeting with the Queen of the Caribbean.( this episode comes from the 2nd part of the series by Salgari, and is entitled “I Pirati delle Antille ).( Corsaro Nero =Black Pirate ). The evening sky will be lit up by spectacular illuminations all the way from the seafront to the town centre. The following weekend, Saturday 17th June, will see the next part of the festival with “The night of the Pirates”, beginning at 21.30 hrs. There will be a parade of floats along the length of the promenade, each of which will be carrying “pirates”, traditional musical ensembles and puppets doing Caribbean dances. The local hostelries will be offering “themed dinners” and for the whole night there will be dances and balls as well as a bonfire on the beach.

Sunday 18th June sees the 44th edition of the “Battle of the Flowers” based around the theme of the “the Queen of the Caribbean and the Black Pirate”. From 10.30 hrs there will be band concerts and, at 15.30 hrs, the procession of the floats will begin.

Each float will be accompanied by a troupe of traditional musicians and, after the second tour of the area, the “battle” will begin. This involves the launching of thousands of carnations and “lotta fiorita” between the public and the participants.