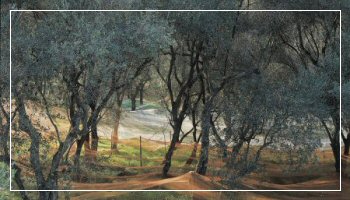 In 1950’s Professor A. Keys’s studies, comparing Mediterranean and Northern European countries’eating habits, had already pointed out that the Mediterranean Diet was a very wholesome nutritional system.

Nowadays nutritionists and dieticians state this very same thing following their survey known as “Seven Countries Study”. The outcome of this survey clearly shows that people of live along the coast of the Mediterranean Sea are in better health conditions, with particular reference to circulatory system illnesses such as thrombosis, heart attacks and diabetes. The reason for all this is due to their diet which is based on bread, pasta, fruit, vegetables, fish, and olive oil. People who live in the North of Europe instead are statistically more affected by cardiopathies due to their diet rich in fats, such as butter and lard.

According to Greek mythology the olive tree cultivation was a gift of the gods since it was the goddess Minerva who planted the first olive trees and started their cultivation and use. Leaving mythology aside, the origins and whereabouts of the olive tree are certainly ancient and its cultivation spread all over the Mediterranean area – in Greece, Italy and Spain in particular.

Since the Roman times the cultivation of olive trees and the production of olive oil in Liguria became one of the most important sources of wealth in this area. Through the centuries the demand of olive oil increased steadily and Ligurian people had to rely on the capability of the Benedictine monks who lived in Taggia.

Since 1050 the Benedictine monks had organised the cultivation of olive trees in Ligurian valleys following two routes: turning the steeps sides of the hills into terraced plots and creating the famous Taggiasca olives after a long work of selecting and grafting.

The Taggiasca olive is indeed the most widespread cultivated variety in Western Liguria. It is at the basis of the production of the famous extra virgin olive oil and it is also widely used in recipes. The way olive oil is produced today has not changed much for centuries.

Everything starts with the bacchiatura, which is a way of harvesting olives by hand using a staff made of chestnut wood to hit the branches of the olive trees, and then goes on with the pressing of olives. The few innovations have improved the production but have not changed its inner essence.

Today olive oil is extracted from the pulp of the olives only and the pits are eliminated before pressing, so as to get a higher quality product. Recent surveys pointed out that extra virgin olive oil is one of the best elements in human nourishment. One of its many good points refers to its content of oleic acid and linoleic acid which are both highly assimilable and absolutely necessary for our organism.

Examiners and experts state that this olive oil is slightly fruity and is characterised by a delicate and sweet taste, and a deep flavour of ripen olives. Its colour is golden yellow, with green hues, and slightly cloudy because it is not filtered. It goes pretty well with fresh vegetables and can be added to many dishes as a finishing touch.