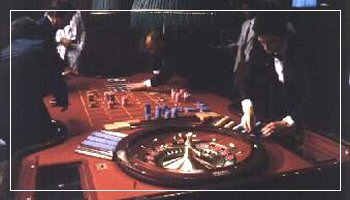 Everything started on Jan. 12th, 1905, when the halls of the Casino’ Municipale of Sanremo (formerly called Kursaal) opened to the public for the first time with a luxurious gala exclusively reserved to special guests.

From that moment on, the Sanremo Casino started to write its own history, rich in charm, full of mixed fortunes (especially for the players ) and big cultural, artistic, and theatrical attractions which complement the casino activities and make it an important cultural magnet for the Citta’dei Fiori.

The design of the Liberty-style building was drafted by Parisian architect Eugène Ferret, who had previously designed other casinos (Saigon and Cannes), and soon the white building became one of the symbols of Sanremo throughout the world.

Many celebrities, kings, actors, singers, and rich tycoons have passed through the game rooms of the Casino…
For over 100 years, its salons have seen some of the most famous people in the world. The playing house of Matuziana has always been an important cultural magnet, thanks to the presence of a theatre which offered prestigious plays (the De Filippo used to play there quite often). The tradition of the theatre still carries on today, with great success.

There have been many important cultural events through the decades, from concerts to music competitions, ballets, operas, and art exhibitions (Aligi Sassu, Salvador Dalì, Giacomo Manzù, Antonio Rubino…).

In 1951, two of the symbols of the Citta’ dei Fiori met in the party salon of the Sanremo Casino, the Festival della Canzone Italiana ( Festival of Italian Songwriting ), which started on Jan. 29th 1951 right under the wing of the casino. The notorious “Festival” that’s still going and is the reason why Sanremo turns into the capital of the world for one week each year…

Not to be forgotten are the “Martedi’ Letterari”, based on the “Lunedi’ Letterari” of the 30’s (when the curators of the conference were the prestigious Francesco Pastonchi and Luigi Pirandello), which provides an annual showcase of the most important and internationally renowned writers and scholars, such as Rita Levi Montalcini, Arrigo Petacco, Vittorio Sgarbi, and Magdi Allam.

And finally, a bit of trivia: very few people know that the Miss Italia Competition has also been held at the Sanremo Casino; in 1951, from Sept. 20th-23rd, the contestants walked on the runway in the party salon of the Casino, as well as in two San Remo hotels. The winner was Miss Isabella Valdettaro, who was selected by a jury of famous names including Silvana Mangano, Lucia Bosé and Dino De Laurentiis.