A sporting month in Sanremo. 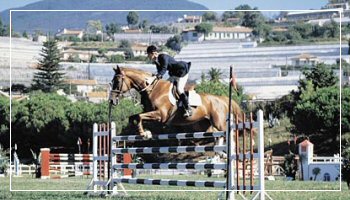 The month of June is packed full of sporting events for “ The city of the flowers”, beginning with the prestigious “ Concorso Ippico Internazionale” CSI 2 stars which runs from 9th – 11th June 2006 at the “Circolo Ippico del Solaro”. There will be 300 competitors including horsemen and women from a wide range of countries. ( Both European and beyond).

On Sunday June 11th there will be the 36th “Gran Fondo Internazionale CSI” a two star event, organized by the “ Unione Cicloturistica Sanremo”. The 2006 renewal is part of the amateur world cup. Departure from Milano is set for 07.00 with the scheduled arrival in Sanremo at 14.30. The event is very popular with almost 2,000 participants taking up the challenge, amongst whom there are lots of non Italians.

On June 23rd, 24th and 25th in the “Stadio Comunale” of Sanremo there is the 18th “Internazionale” of football for the over 40’s, organized by the “ Unione Veterani dello Sport”. The opening match kicks off at 17.00 on Friday 23rd. Among those taking part in the tournament are veterans of Serie A, B and C. The tournament is organized into 4 sections, each containing 3 teams.

From 27th June to 2nd July Sanremo will play host to the Italian Championship for “ Minialtura”, an event organized in collaboration with the “ Unione Italiano Vela d’ Altura”. This is the national championship for vessels of 6 – 10 metres in length. In Sanremo the best performers of this category will assemble where they will provide the most breathtaking spectacles in the most prestigious of locations aided by the sea and the wind of the Riviera.